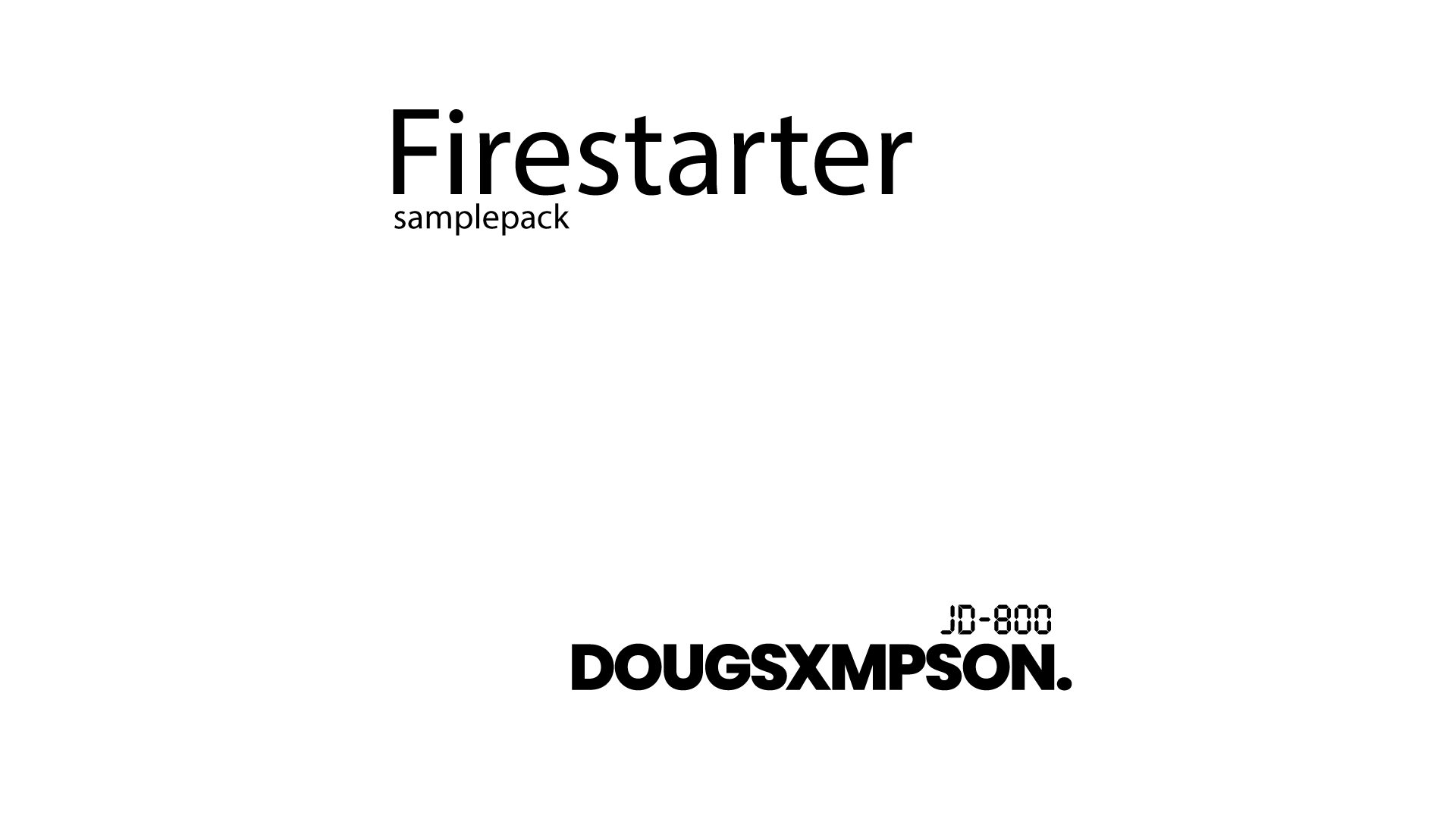 Producer and songwriter Doug Sxmpson has released Firestarter, a free sample pack for producers, beatmakers and songwriters. Described by Doug Sxmpson as a pack of “no frills, quick and dirty loops, chords and melodies”, Firestarter contains seven (7) sample loops, seven (7) corresponding MIDI files in the key of C minor, all at a tempo of 138bpm (beats per minute) and works with all major DAWs (digital audio workstations). The samples were composed on a JD-800 digital piano/Rhodes emulation by software developer Spectrasonics.

The award winning producer, songwriter and composer stated, “personally, music and just the act of creation, has always been my safe space, my peace.” He went on to say “I felt a bit better after completing it [the sample pack] and I hope that it might kindle (or rekindle) your fire to create.”

The royalty free Firestarter Sample Pack is available now for free on Doug’s BeatStars shop. You can preview the Pack below and download it here.

It’s been a challenging year, but we’re still

To all who have served and to those who continue t

©2017-2021 Ironhorse Music Group LLC. All rights reserved. All artists and images are used with the permission of their respective copyright holder.